The Race that stops a Nation

So this week in Australia we celebrated the Melbourne Cup. The Melbourne Cup is an international horse race that is affectionately known as "the race that stops a nation" because this wide expanse of a country that I live in pretty much comes to a stop for the three or so minutes that the race takes to run. It's held at Flemington racecourse in Melbourne on the first Tues in November (Americans know the significance of that date. While you're all stressing about who's going to win the presidential election, and how much money it's going to cost you, we're holding our breath to see who's going to win and how much money we've lost. )
But while the race is on, most of the country has their eyes glued to the tv, or their ears glued to the radio, and everything else just waits.

Growing up I lived in Sydney. There Melbourne Cup day is, in essence still a normal Tuesday. People get up, have breakfast, go to work or school and lead a relatively normal day. Until about 2.30pm. By that time, everyone's pretty much starving because they've decided on a late, but long lunch, which usually lasts from 2.30 till finish. During the day the office is buzzing with excitement and preparations and sweep organisations. $1, $2, $5 and sometimes even $10, sweeps where the winners take the kitty, so it's not necessarily a particularly productive day. Even when I was a school we had fake sweeps. No money involved of course, but we won small prizes, lollies and chocolates. I wonder if they still do that in schools these days. I'm willing to bet they don't, I can imagine the outcry about introducing kids to gambling.

These days I live in the Southeast suburbs of Melbourne and the day is a public holiday, (no issues for the schools down here.) But yep, you heard right, we have a public holiday for a horse race. Melbourne is the Australian capitol for sporting events, so why not. We have a holiday on the eve of the footy grand final too, such is the state of this state. So of course we have a day off for a 3 minute horse race. Wait, did I say a day. Technically its a day, but in truth because it's the Tuesday most small businesses just shut down for an extra long, long weekend. So while the rest of Australia is watching a horse race, most of Melbourne has left for a weekend away. Usually still somewhere where they can watch the race. 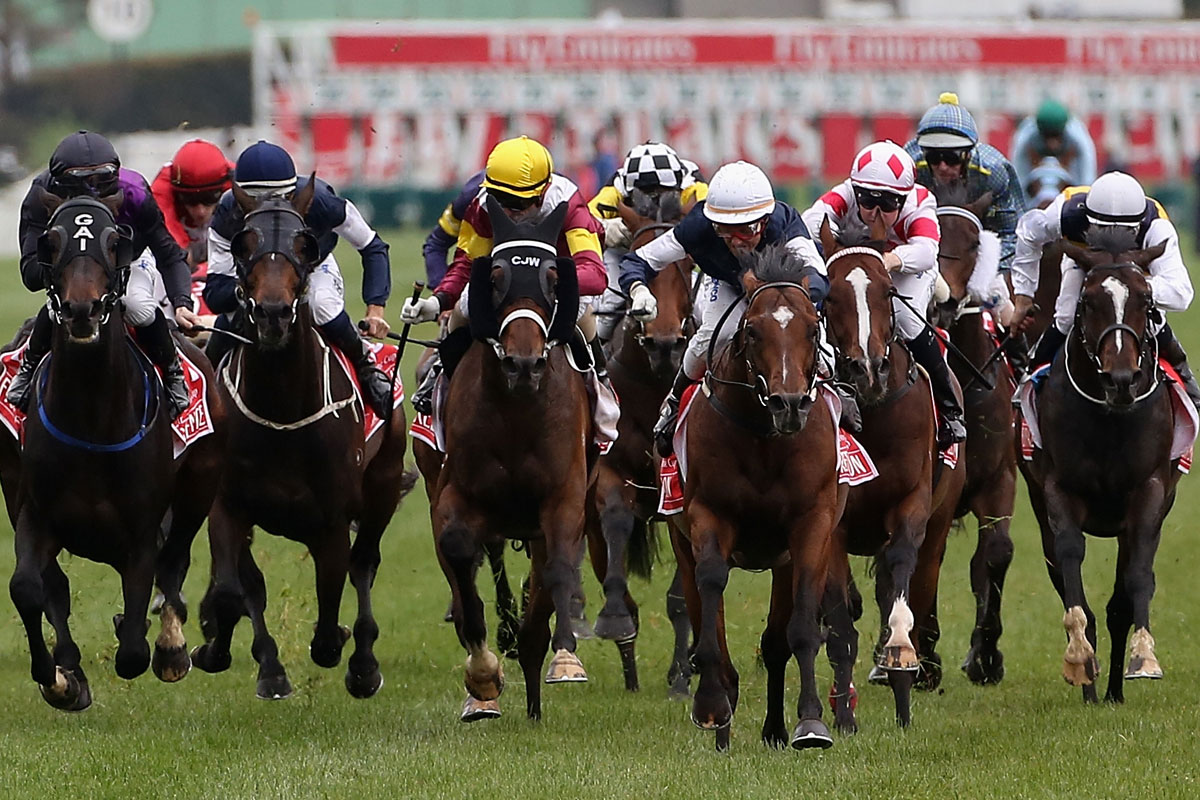 Personally, in regards to the Melbourne Cup, I can take it or leave it. I actually enjoyed it more when I was in Sydney and we had a long lunch with lots of food and drink and even silly racing games to get everyone in the mood. These days I sit at home and don't do much at all except maybe work if there's too much to be done. One day I might bite the bullet and actually go to the race, or I might plan a big party and organise my own silly racing games, but for the meantime, the most I'll usually do is watch the race to see it if I've actually wasted $20- bucks on nothing, or if luck has smiled on me for a change and I can turn that $20- into $50-. I know nothing about horse racing, so I just pick my favourite names and or my favourite numbers and hope for the best. This year luck didn't smile on me and I'm down 20. Oh well, that is what Melbourne Cup is all about after all.