For a week the apparatus was brought out for Lily to grab on to until she no longer fell asleep from the minimal exertion.

"When you can hold your arms up there for five minutes, without scrunching you face, we'll begin the next phase."

Reilly forced Lily to promise she'd not do anything other than what they'd been working on, and in return she'd leave the equipment out to be used whenever she felt the desire.

Having been a competition swimmer and a cello player since the age of eight, Lily had always thought of her arms as being pretty resilient. There was nothing like the bitter pill of self-pity to sap a body's strength. Determined to regain control, she forced lethargic muscles to work longer each time she grasped the triangle's bottom bar, until a love-hate relationship had been formed with the hunk of metal.

Four days into the self regulated stretch therapy, a surge of rebellion forced Lily to reevaluate what she was doing. She wanted to do more than just hang from the damned thing!

Loyalty to Reilly and the promise made, warred with her desire to do more - to be more. It didn’t make much sense, and she wasn’t about to waste time analyzing it. Face scrunched up, she flexed both hands around the metal bar - it was now or never. Taking a deep breath, Lily slowly bent her elbows out and forced well stretched biceps to pull her upper body off the bed.

"Couldn't resist?" Reilly stood in the doorway, grinning bigger than ever. "You lasted longer than I'd hoped you would."

"Longer than you hoped I would?" Like a kid caught with their hand in the ice cream box, she repeated the words in hopes the verbal delay would bring about a plausible excuse for her naughty behavior.

"Yupp." Leaning against the door jamb, Reilly watched as weak arms began shaking from the exertion of holding half a body's dead weight in the air. "Let go, Lily."

Doing as she was told, Lily sighed in relief as her body relaxed against the mattress she detested.

"How did that feel?" Striding into the room, Reilly sat down in her usual spot.

"No, the rebellion." The covers were flipped to the side so the lower body exercises could begin.

"Don’t. Your body knows when it's ready for something more. Just remember to take baby steps."

"Bad choice of words, Reilly." Grumbling, Lily’s temper rose a notch for the first time since she'd woken up to find she was paralyzed from the waist down.

"Was it?" Reilly's brows lifted as she pushed the first thigh against her chest.

"Yes, it was, dammit." The heat of anger inched up another notch and the burn felt good.

"Why?" Her feigned ignorance pissed Lily off and she smacked the mattress as she yelled.

The blasé tone of Reilly’s comment ignited the sparks of a sputtering anger and Lily exploded in a tantrum of venom. Every perceived wrong done throughout her young life couldn’t hold a candle to her present circumstance and she raged at the injustice of it until she lay in a heap of exhaustion.

"Who says you'll never walk?" Speaking in a the same detached manner Reilly ignored the pointed glares and continued her work.

"The doctor, I told you that."

"What does your body tell you?"

"It's not telling me anything."

"Then you're not listening. It told you it was done hanging around from a triangle, so you rebelled and took matters into your own hands."

A knee was pushed against her chest and Lily exhaled to release the pressure that prevented her from breathing easily.

"You listened to it over my direct instruction. Are you going to ignore it now, because a man with a fancy degree thinks he knows your body better than you do?"

The knee was pulled back and the leg extended out for a few moments before being pushed back against her chest. In silence she mulled over the words as the resistance of her anger refused to budge from its seat of power. Reilly finished and exited the room quietly, leaving Lily alone with a beast she'd created on purpose.

For several hours she stewed in her anger, fueling it with frustration at being stuck in a damn bed. The long hours of the night were no better; restless energy kept her mind actively seeking a physical outlet she couldn’t give. When sleep finally came, her dreams were full of sketchy memories from the night of the accident.

Coming awake from a stifled scream clogging her chest, hot tears pouring down her cheeks only pissed her off all the more. The truth she didn’t want to admit was staring her in the eye, daring her to deny its existence.

"Fuck You!" Screaming hysterically Lily grabbed the closest object and flung it across the room. Expecting to hear a large crash that would satisfy her need for destruction, the soft thunk created by the plastic cup she’d thrown only let her down. 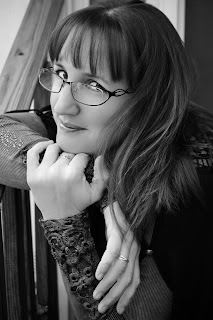 Living in the mountains of Western North Carolina SJ Byrne is just trying to make her way through the insanity that comes with creativity. Writing is her passion - life is her muse. Keep an eye out for new books due later this year.

Read more about her books on:
Facebook
Amazon
Goodreads